Patricia Herrera: “To be World Champion in Barcelona 2013 was something incredible!” 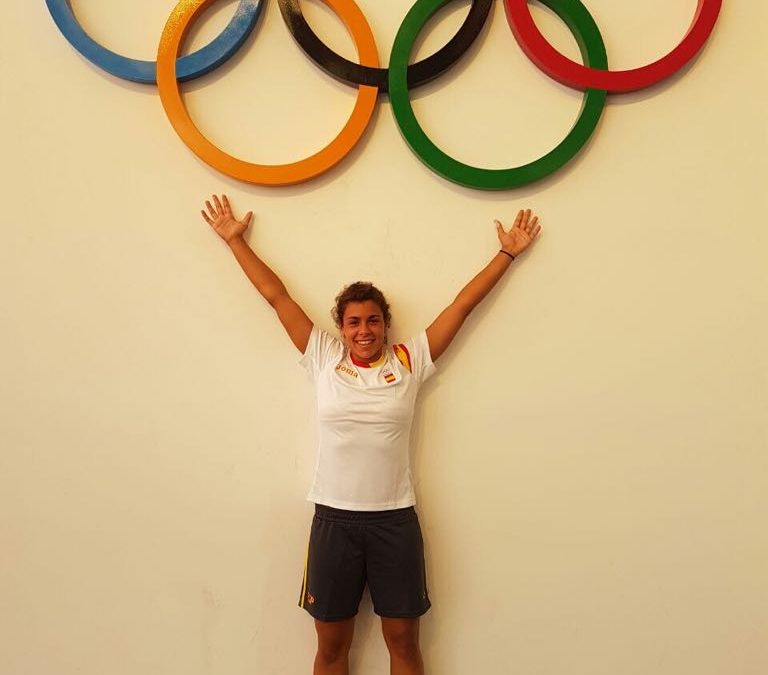 Why did you start playing water polo?

When I was young I used to take swimming lessons twice a week, on Tuesdays and Thursdays, and Fridays we had a free play day where we played games on the pool. One day my swimming coach asked me if I wanted to participate in a water polo tournament as he saw me enjoy the Friday ball games. As it was close to Madrid, where I lived, I decided to go. Since then I haven’t left it; it was a great decision that changed my life!

Did you practice other sports as a child?

Yes, I used to play tennis and soccer, but I always had preference for water polo.

Did you always play as a goalkeeper?

I’ve loved to be a goalkeeper since the beginning; when I played soccer with the boys I usually occupied this position and I enjoyed it, so when I started playing water polo I already have predilection for the goal. Also, none of my teammates wanted to be the goalkeeper because they preferred to score goals and were afraid of the ball.

When did you realize that you wanted to devote yourself to water polo?

I realized that I wanted to be a water polo professional player when I was given the chance to enter in the CSD high performance center in Madrid. This abled me to combine my studies with sport, and I got my first call-up to the Spanish National Team.

It is possible to make a living by playing water polo?

It is very difficult to live off a women’s water polo wage as we barely receive enough money to sustain ourselves. Nowadays, in Spain, there is only one team where players can be professionals and live only from playing water polo.
Another opportunity to earn money in our sport is if you are called to represent the National Team and you win international tournaments, as those achievements are rewarded with a bonus by the national government.

Do you remember the first time you went with the National Team?

My first call-up was made the same year that I entered in the High-Performance Center, in 2007. I was in 8th grade and I took it as a reward and an incentive to work continuously and improve.

About the senior Spanish National Team, I was first called in 2010 to join a series of trainings in Madrid and Barcelona as a pre-selection but my official debut was made in 2012.

How was the experience of becoming World Champion while playing at home?

A big reward! To be able to participate in a World Cup in my country and surrounded with friends and friendly was unspeakable! If you add to this that we achieved the first gold medal in a World Championship for the Spanish Women’s Water Polo team, it becomes a truly unforgettable experience for anyone who loves this sport.

Tell me about the experience of playing the Olympic Games in 2016.

Playing the Olympic Games is the dream of every athlete; as the day-to-day effort is rewarded once you achieve this goal. Sharing the Olympic Village with so many professional athletes for a couple of weeks is a unique moment that I will carry forever. I wasn’t able to go to London 2012, so in Rio 2016 I had a strong desire to be there. Unfortunately, we didn’t have the result we wanted, but in high-performance sports these things happen.

Your best moment with the National Team?

When we won the World Championship Final in the Picornell pools in Barcelona surrounded by our friends and family. It was incredible.

Why did you decide to quit Water Polo so young?

High-performance sport is very demanding and you have to fully dedicate yourself to it, so sometimes it is difficult to combine with the academic and working life. This causes that sometimes we have to make tough decisions. Moreover, I should add the psychological tiredness of this type of lifestyle, a difficult rhythm to follow even though your body asks for it.

Finally, I also wanted to experience what it is to be on the other side, transmitting my experiences and sharing joys with the boys and girls I train today.

After the London Olympics Games in 2012, we noticed a great boost thanks to the recognition we had for winning the silver medal. There was an increase in female water polo licenses and many clubs started working hard in it. After all the success achieved, water polo keeps growing and now companies are investing more in our league.

If we throw to you the word “WATER”, what comes to your mind?

¿Why have you joined Be Universal?

I met Carlota Planas in Barcelona 2013 and we stablished a really good personal relation. So when she told me about this project I thought it was key to embrace this initiative which empowers women’s sports, which, thankfully, are currently receiving more and more recognition and coverage.

Do you think businesses and brands should invest in female sports? Why?
Female sports, as any sport in general, transmits healthy habits, routines and adds values to whom start practicing it.
Moreover, it is one of the best examples of sacrifice, hard work and personality, where many brands and companies can reflect their slogans and image.