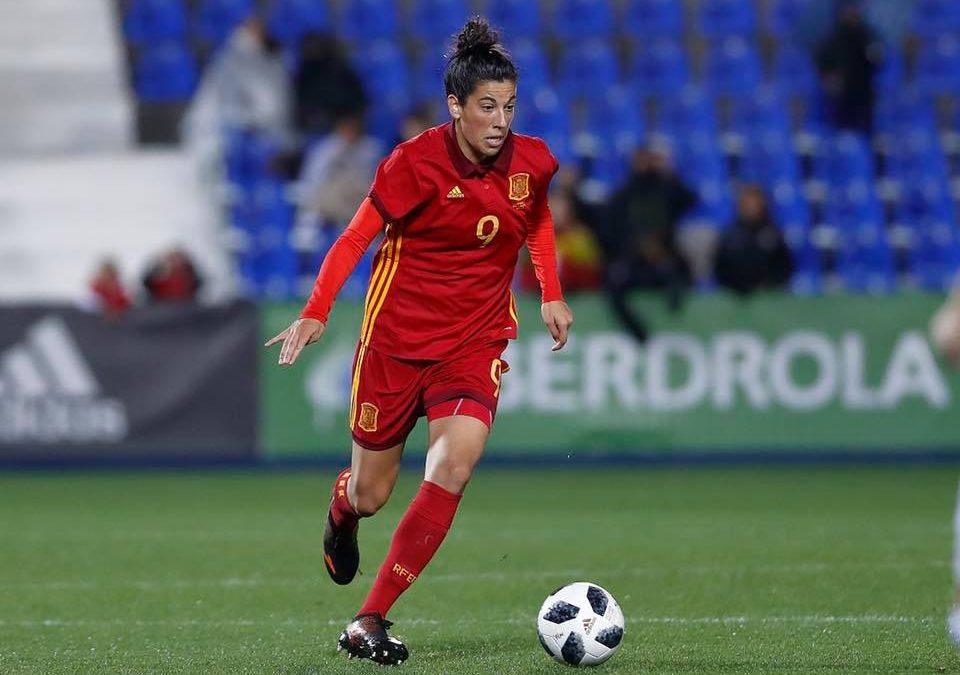 Marta Carro (Cadiz, 1991), player of the Spanish National Football Team and Valencia CF explains that at the age of seven, when her mother turned up to her hometown football club in Villaviciosa de Odón (Madrid), the club executives at the time told her they “didn’t allow girls here”. 20 years later, female football is growing at an unstoppable rate.

How does 2019 look?
It looks like it’s going to be a very good year. We have the World Cup at the end of the season, it’s close to home which means there will be many Spanish fans coming to support us. Fighting to be there is a challenge, it will be hard because there is a very talented group of players. I will work hard every day to help Valencia and to be amongst the selected 23.

Valencia is currently in ninth position in the league. You’re struggling a little this season…
It’s not the position we want to be in, but we hope to obtain some good results soon. We want to turn the situation around because we work very hard during training. Its my second year here and I’m very happy about how I’ve been treated by everyone. Female football is moving forward, we have many more resources and we are more professional. We are going in the right direction for female football to be more prominent in the future.

The path wouldn’t have been easy. When did your love for football start?
The first image I have of myself with a ball at my feet is from when I was just a little child. When I was four or five years old, I remember playing football on the playground with my classmates. I was the only girl. One day I decided to tell my parents I wanted to join a team. I used to live in Villaviciosa de Odón, in Madrid, and my mum went to ask the towns club for information on how she could sign me up…but the club executives told her they didn’t allow girls. So, I had to play futsal instead.

Nowadays it would be inadmissible for that to happen… how did you retake football?
I played for Boadilla del Monte, where they did accept me. I was the only girl. We had a female coach whose name was Montse. I played there for four years; three with the boy’s team and one with girls. After that I moved to Pozuelo, where I played for three years, and right after that was when I received a call by Atletico de Madrid. I took the leap from a small team to a great team and got to play the Copa de la Reina during my first year. I had eight unforgettable years at the club. I grew in every aspect. I arrived as a child and left as a woman. 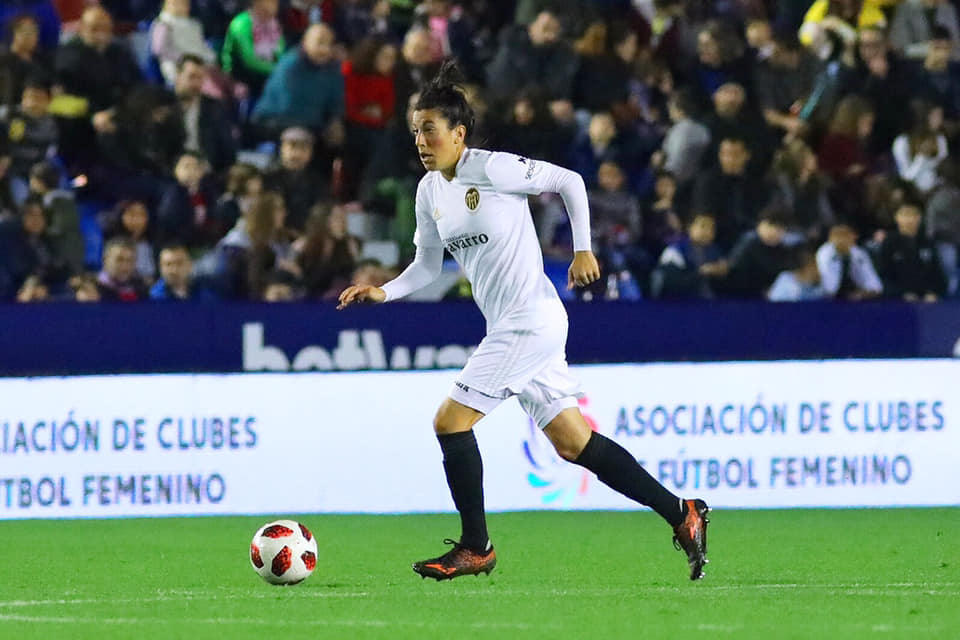 You joined an Atletico that started its growth in both female and male categories. Can one feel the ‘Cholismo’ spirit in all the teams?
I have good memories of Atletico. Although my last two years were hard because of situations football can put you in. I took great memories of my teammates and fans with me. Simeone’s spirit is as alive as ever, but I think Atletico has always been a fighting team. We won the first title for the team which was the 2016 Copa de la Reina, and after that many more have been won. It’s not from luck, they have been working hard to achieve them. It is an ambitious club which is taking big steps in the right direction.

Which is when you decide to go to Italy…
Italy was a nice, inviting, different challenge. I dove into it. Personally, it was a great decision. I didn’t speak Italian, but people made it easy for me but there are always unexpected things that can happen. There was a breach of contract, the club went through a rough time and didn’t comply with the agreements we made. I had to come back to Spain, but you learn from every experience and become more mature with it. It will be useful in the future.

And how is the Calcio?
Their game play has evolved and improved since I left. They are coming closer to the professional level we see in Spain. It’s good that clubs like Milan or Juventus have a female team. 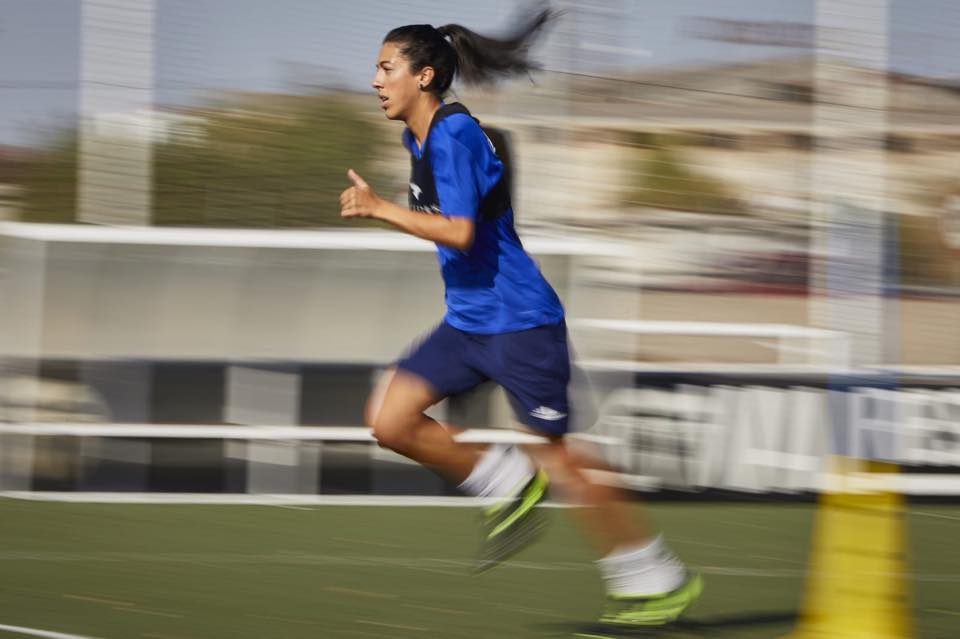 And then, Valencia appeared.
Before that I had to spend a few months playing for Madrid in the Spanish Second Division. That year we got promoted to the First Division. Then Valencia knocked on my door.

What is your routine?
We train five days a week. And we have complementary work in the gym which is usually two or three days. We are dedicated 24/7 to the job. We also train when we eat or rest. We want our sport to be recognized and professionalized. It is important to fight for it and we need to demonstrate that we are professionals, we have that responsibility.

How do you see female football ten years from now?
Ten years from now, female football will keep growing, have a higher recognition, professionalization and have more awareness. In ten years, players will enjoy conditions that we do not have nowadays. I remember my first salary, it was when I played for Atletico de Madrid. A lot has changed since then, in a good way. Changes can be seen, and not only in salaries, but in resources, club and player conditions, media coverage… 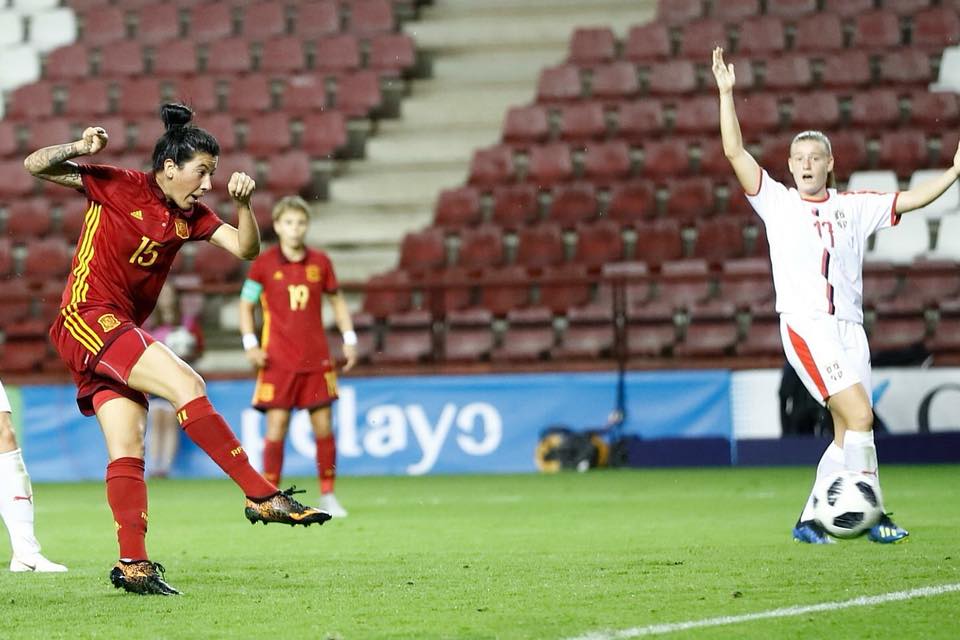 You spoke about athlete responsibilities. Do you think the evolution of female football depends on the players?
There are aspects that don’t depend on us. Society needs to stop seeing female football as if it was just a hobby for us. We dedicate our life to it. Nowadays you see more girls playing football which is very positive. Stadiums for first division teams are built for people to have a chance to come and watch us, so all the hard work we put in should be seen as something normal, not an exceptional occurrence, as we see today.

You make more money, but not enough to settle down once you retire. Do you study?
I was studying Sport Science at the National Institute of Physical Education, but I had to drop out once I came to Valencia. My football timetable and calendar were not compatible with my studies and exam calendar. When I go back to Madrid, I want to pick up where I left off because I really want to finish the course. I also want to study to become a coach. Once my career as a player is over, I want to stay within the world of football, whether it’s as a coach or as a physical trainer.

Do the successes of the younger categories of the Spanish National Team mean Spain will be a football powerhouse in the short term?
All the successes in younger categories are great for our evolution and repercussion. The National Team is taking giant steps and coming closer to the present-day football powerhouses. The differences are narrowing, as we saw in the recent draw against Germany in their stadium. I believe Spain will do very well in the coming World Cup.